After a stellar high school career Debbie went on to a record-setting career at St. Joseph’s University. She led the Lady Hawks to 2 Big Five titles and an Atlantic 10 title. Debbie won 12 varsity letters in basketball, field hockey and softball. She was the all-time assist leader at 718 and all-time steals leader at 572. In 1988 Debbie was named All-District and All-Atlantic 10 First Team. In 1987 she was All-Atlantic 10 second team. In 1986 she was named to the All-Atlantic 10 Rookie team. From 1989-1996 she played for the Hobart Islanders of the Australian League. From 1996-1998 she played for the Colorado Xplosion of the American Basketball League. From 1999-2005 Debbie played for the Utah Stars, Miami Sol, Sicilian Professional team, and Connecticut Sun of the WNBA. In 2001 Debbie was named WNBA’s Defensive Player of the Year. When she retired from the WNBA, Debbie was ranked 8th in steals (315), 10th in assists (612), and first in career steal to turnover ratio. Currently, Deborah is head coach of women’s basketball at Eastern Illinois University. John won ten letters as an athlete at Sharon Hill High School, and was All-County in football, basketball, and baseball during his senior year. He followed All American and Heisman Trophy winner Roger Staubach as the quarterback at the U. S. Naval Academy (1965-67) and set 12 individual records during his career, including most yards in total offense in a game, season, and career; most passing yards and completions for a season and career; and most touchdown passes for a career. John was voted the Associated Press “Back of the Week” twice during his senior year and was the starting quarterback in the North-South All Star game that same year. After being commissioned in the U. S. Navy, John served five years as a Surface Warfare Officer aboard two different destroyers including one deployment to Viet Nam. Following his Navy duty, he became assistant football coach at Liberty University (1973) and then was their head coach for three years (1974-77). In 1976, upon completion of his seminary training, John was ordained to the ministry and is the founder and pastor of the Calvary Independent Baptist Church in Morton, PA 19070 (1977-present). Myron Cope spent 35 years as radio broadcaster for the Pittsburgh Steelers, the longest continuous tenure in NFL history. He invented the “Terrible Towel,” which has raised over $3 million for the Special Needs Children’s Charity. Myron was awarded the E.P. Dutton Prize for “Best Magazine Sports Writing in the Nation” in 1963, and an “Emmy” Award for Lifetime Achievement. He was the first football announcer elected to radio’s Hall of Fame in 2005. He was awarded the “Pete Rozelle Radio-TV Award” for exceptional contributions to Pro Football in 2005. Myron was a “Special Contributor” to Sports Illustrated Magazine and named “Noted Literary Achiever” by the Hearst Corporation 1987. Myron passed away in 2008. Bob Donato has been one of the most outstanding college officials in the United States for the past 35 years. He officiated in 22 consecutive NCAA Tournaments including five Final Fours. Bob began his career as an official in 1976 and retired in 2012. He was a member of 11 basketball conferences including the Big East, ACC, Big 10, Sec, A-10, MACC and ECAC. He has worked the finals in the Big East, A-10, MACC, ECAC and the NIT. Bob has worked a major college schedule until retiring in 2012. In 2004 he received the Naismith Men’s Official of the Year Award at their Atlantic Tip Off Club. Bob was also an outstanding basketball player and served as captain of the Penn State University Team. Harry began his major league baseball broadcasting career in 1965 and joined the Philadelphia Phillies broadcasting team in 1971. He continued 38 years with the Phillies until he passed away in the press box in Washington DC in 2009. He broadcast the first game (1971) and the last game (2003) at Veterans Stadium, then called the first game at Citizens Bank Park (2004). He broadcast six no-hitters, called six National League Championship Series and three Phillies World Series. He was the Ford C. Frick Award winner at the Hall of Fame in Cooperstown in 2002, named Pennsylvania Sportscaster of the Year 18 times and was Broadcast Pioneers of Philadelphia Person of the Year in 2004. He was also the main voice of NFL Films for 25 years. This 91-year-old WWII veteran was one of the best distance runners in the world throughout the 1940’s. At Boyertown High School, he won 6 Pennsylvania State Championships in cross-country and track. At Penn State, he won the IC4A Cross Country title as a freshman and was a member of the first Penn State team to win an NCAA championship – the 1942 cross country team. His career was interrupted by service in Italy with the U.S. Army Air Force during World War II. In 1944 he won the Mediterranean Theater 1500-meter championship. After the War in Europe ended in 1945, he won the Allied Forces European-Mediterranean 1500-meter championship in Victory Stadium, Frankfurt, Germany, running in front of General George S. Patton and other leading Allied Generals. Returning to Penn State, he won the IC4A, NCAA, and National AAU mile titles in 1947. At that time he was only the second athlete ever to win all three mile championships in the same year. A member of the 1948 US Olympic team, he was inducted into the Boyertown High School, Berks County Sports, Penn State Track & Field and the National AAU Track & Field Halls of Fame. One of the greatest backs in Muhlenberg football history, Jack will always be distinguished as the first Mule to win the prestigious Maxwell Award as Eastern College Football Player of the Week and only Mule to win it twice. McDonald won honors in 1953 following a 2 touchdown performance in 20-7 win over Lafayette and again in 1955 after rushing for 127 yards to lead Muhlenberg past Temple, 7-6. Jack was a four-year starter in football, and was team MVP three seasons. He ranks among Muhlenberg’s top all-time rushers with 1,300 total yards. He led in rushing as a sophomore and senior and had six multiple-touchdown games during his career. During his junior season, McDonald was written in Collier’s Magazine as one of the outstanding small college players in the nation. As a senior, Jack was named to All-State and All-East teams. Jack was inducted into Muhlenberg’s Sports Hall of Fame. He also received letters from many NFL teams. During his high school years at Pottsville High School, John was named to the All Southern Conference team, All State and National All American teams. He scored the second highest amount of points in track history and holds the 180 yard low hurdle record of 20.3 seconds. John was inducted into Pottsville High School’s Hall of Fame. On May 13, 1952, Ron Necciai of Gallatin PA., pitching for the Bristol (VA) Twins against the Welch (VA) Miners in the Appalachian League, became and remains the only man in professional baseball history to strike out 27 batters in a nine-inning game. The National Association of Professional Baseball Leagues called the 27 strikeout game, “The greatest individual performance in the history of baseball.” Baseball Today calls it professional baseball’s “unreachable stat.” In his next start, Ron who also pitched for the Pittsburgh Pirates, struck out 24. Major League Baseball’s Power Ratings of Top 10 curveballs rates Ron at Number 6. First of only two known professional pitchers to strike out five batters in one inning. Quoted by Branch Rickey to be one of three greatest pitchers he ever saw along with Dizzy Dean and Christy Mathewson. Ron was on the North State and Carolina League All Star teams and voted People’s Choice Player in the Carolina League. He led the league with 172 strikeouts in 126 innings and had an E.R.A. career average of 11 plus strikeouts per 9 innings. He was honored by Washington Green and Mid-Mon Valley Chapters of the Pennsylvania Sports Hall of Fame, the Ringgold High School Hall of Fame and the Italian Heritage Society. 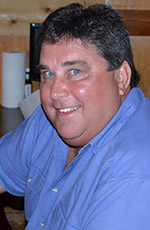 Lance Rautzhan was born and raised in Pottsville, Pennsylvania. He was a three sport standout at Blue Mountain High School. Lance was offered a full athletic football scholarship to the University of Kentucky; when drafted in the third round pick for the Dodgers in 1970 (drafted right out of high school after he pitched a perfect game), decided to play baseball. He played 7 Â½ years in the Dodger minor league system and had the most complete games in the AA Eastern League for a single season in 1975. In 1976 he made the AAA Pacific Coast League all-star team. Lance was brought up to the big leagues where he played the position of a left-handed relief pitcher for the Los Angeles Dodgers and the Milwaukee Brewers. While playing with the Dodgers in 1978, Lance was the winning pitcher for the third game against the Phillies in the National League playoffs. Lance pitched with the Dodgers in the 1977 and 1978 World Series against the NY Yankees. Lance left baseball in 1981.

Membership - all membership is through our local chapters. If you are a sports-minded ...
END_OF_DOCUMENT_TOKEN_TO_BE_REPLACED